(This post may include affiliate links. While buying items through these links won’t increase your cost at all, we may receive a small commission that helps keep this site up and running. Click here for more details)

As the weather begins to warm and the end of winter dormancy approaches, spring is an excellent time for pruning trees, shrubs, and woody perennials.

But if you have arthritis in your hands that causes inflammation and pain, it often becomes a struggle to use loppers, shears, and pruners.

If your arthritis is starting to have a negative impact on your gardening practice, don’t give up! The right tools can help mitigate the weakness or pain brought on by arthritis, helping you adapt and keep up with all the work that spring brings us.

And to help you out, we’ve made a roundup of 7 best pruners for arthritic hands!

RELATED: For more suggestions of adaptive tools and equipment, stop by our post 15 Best Gardening Tools for Seniors!

These shears are a top pick for those with arthritis or a weak grip because they use a mechanical ratcheting system to compensate for lack of strength.

Designed by a company that started as a family-owned plant nursery, they can clip through slender stems as well as branches up to 1 inch thick.

Instead of using one big cut to slice through wood or stems, these pruners are designed to close in three stages, or ratchets.

This mechanism lets you make your cut with three small squeezes instead of one big one. In between squeezes, the ratchet helps to hold the blades in place and augment the user’s grip as they gradually close.

Get a firm grasp thanks to a soft rubber grip and enclosed lower handle. You also have a safety lock on both sides of the handle, making these pruners a viable option for southpaws.

The body is lightweight aluminum and the cutting edge is hardened carbon steel.

As it turns out, pruners can be a power tool, too!

These electric pruners are an excellent choice if you have severely reduced grip or a lot of plant material to prune. The electric motor on the Scotts pruners does all the work for you!

These pruners weigh just over 1 pound and are conveniently cordless. The rechargeable battery lasts for up to two hours, and the grip is cushioned to help make them even more comfortable.

The hardened steel blade can cut branches up to ¾ inch in diameter. Many reviewers mention how they make fast work of large trees or shrubs that might otherwise take days to prune up.

You can also purchase these pruners with an optional extender pole to reach up into the canopy of tall trees. This makes your Scotts Power Pruner a great alternative to traditional pole pruners which require a lot of strength to operate.

These titanium shears are a good adjustment on traditional pruners. They look perfectly ordinary but have a few features that make them a good choice for those with mild arthritis.

The handles and body are made of a lightweight aluminum-steel combination. The handles adjust from 6.7 inches down to 4.7, and that closer handle position goes a long way to reduce the wrist strain and muscle fatigue that many gardeners are familiar with after a long day of pruning.

The handles also have a winning combination of an anti-slip coating and a shock-absorbing system, making them easy to hold on to.

They also have a few well-thought-out bonuses, like a wire-cutting notch in the blade and a titanium coating that helps prevent rust on the blade.

Grooves in the blade help prevent sticking during or after cuts. And the cutting edge is made of hardened Japanese stainless steel, which holds its edge well and is easy to sharpen.

These ergonomic anvil cutters are made of high-quality carbon steel with a hard cutting edge, and a safety lock on the side for easy one-handed release.

But what makes them great for arthritic hands is the spring-loaded pulley system that allows you to make big cuts with less power.

This system can enable you to cut through large stems and branches up to ¾ inch with ease and without pain or hand fatigue.

The handles are also spaced comfortably close together, and the steel blades stay sharp for a long time.

Gonicc pruners come with a lifetime warranty. But the high quality of their construction means that you probably won’t need it.

Micro-tipped cutters like these ones are great for making quick one-handed cuts on thinner stems and leaves. They can also come in handy for vegetable harvesting.

The bright orange color of the Vivosun pruners makes them very hard to lose. And you know how valuable that is if you’ve ever put down a tool and never been able to find it again!

You can operate the safety lock from both sides of the handle, and the ergonomically curved handles have padding to keep your grip comfortable.

The body is made of light plastic, so these pruners are easy to use for long periods. You can also carry them in your work apron or tool caddy without feeling weighed down.

And these pruners create less work for your hand by means of a steel spring between the handles that makes them automatically return to an open position after each snip.

While you won’t be using the Vivosun pruners for tough cuts, they’re still sharp enough to take on plenty of herbaceous plants that need some trimming up.

Like the Gardener’s Friend Pruning Shears above, these anvil pruners have a ratchet action to increase cutting power in stages.

These, however, truly do put the “Power” in “Power Drive”–their five-stage ratchet action basically multiplies your grip strength by five. This makes it possible to cut through tree branches up to 1 inch in diameter, as well as thick, woody shrubs or perennial stems that give more resistance.

These shears also have a well-designed grip, with finger grooves on the bottom handle and a rubbery, anti-slip cushion on the upper to reduce pressure on the heel of the hand during cuts.

They are also comfortably sized for smaller hands, and have an easy-on easy-off safety catch.

One unique feature of these anvil shears is the hardened steel blade, which has a non-stick Teflon coating. Thanks to this clever finish, sap and other sticky plant substances slide right off.

Yes, ye olde Felcos are on our list for arthritic-friendly pruners!

This Swiss-made brand is well-known for its quality and durability, as well as the wide availability of replacement parts. This allows you to repair your trusty pruner instead of discarding it.

The F6 shears were specifically developed to be smaller and lighter than their other brethren in the Felco lineup, and they certainly live up to that goal. Along with their reduced wingspan, the F6 pruners have a shock absorber and non-slip grip in an east-to-spot shade of red.

The Felco F6 pruners are not especially heavy for their size, but given that they are all metal they do weigh more than others on this list.

The construction is incredibly solid, with each handle forged from heat-treated aluminum and the blades made of high-quality steel. Sharpening these blades is also quite easy, and doing so will help increase their power and keep their cuts clean.

The blades also have a sap groove that helps prevent sticking and a wire-cutting notch.

So there you have it–our list of great pruners for stalwart gardeners who need to work with their body’s limitations.

But before you go to make a purchase, let’s take a look at a few things to know that will help you be more informed about what exactly you need.

RELATED: A cushioned garden kneeler or a rolling garden scooter can be other solutions to help make your gardening safer and more comfortable.

Anvil Pruners have a cutting action where the curved blade slices down and comes to rest against a block or anvil.

They are best for deadwood or drier stems, as they easily crush through the brittle wood.

Since pushing the single blade requires less force than pulling two blades together, anvil pruners can be easier on arthritic hands.

Bypass Pruners are the most common type of pruner, and they work like a pair of scissors, with two blades that move past each other.

Bypass pruners usually execute the cleaner cuts over anvil pruners but they do require good grip strength, which is why we’ve made the adaptive selections above.

Each time you squeeze the handle of a ratchet pruner, they lock into place so that you can let go of the handle and squeeze again, down to the next position.

This mechanism helps a lot when your hands are weak or easily fatigued.

Electric Pruners can be anvil or bypass–their definitive feature is that their cutting action is powered by an electric motor instead of the human hand.

This makes them hugely useful for people whose hands are very weak or susceptible to pain brought on by arthritic inflammation.

Other Features to Look For

Ergonomic design is a marketing buzzword, but it also is very much a reality, especially if you have a chronic condition like arthritis.

The University of North Carolina’s Environmental Health and Safety division states that an ergonomic design “modifies the work to fit the worker, not the other way around.”

If pruners require you to use your hand in a way that differs from its natural movements, it’s a surefire recipe for hand strain and stress injury.

Your pruners should rest comfortably in your natural grip, and you should be able to easily open and close the blades.

Comfort handles are useful because of the pressure that is exerted on your fingers and palm in pruning.

Non-slip handles help you to keep a secure grip while you cut, and padded handles help keep soreness or bruises from forming on points of contact.

Adjustable handles, like those of the Classic PRO, let you customize your pruner to your needs.

This type of steel has been tempered, or heat-treated, to make it less vulnerable to shattering. Tempered metal also stays sharper than lower-quality steel, and it’s easier to re-sharpen at home.

As you make your decision about which of these pruners are best for you, keep in mind a few parting recommendations:

Have you had to adapt your gardening tasks due to arthritis? Do you have any tips to share?

Let us know in the comments! 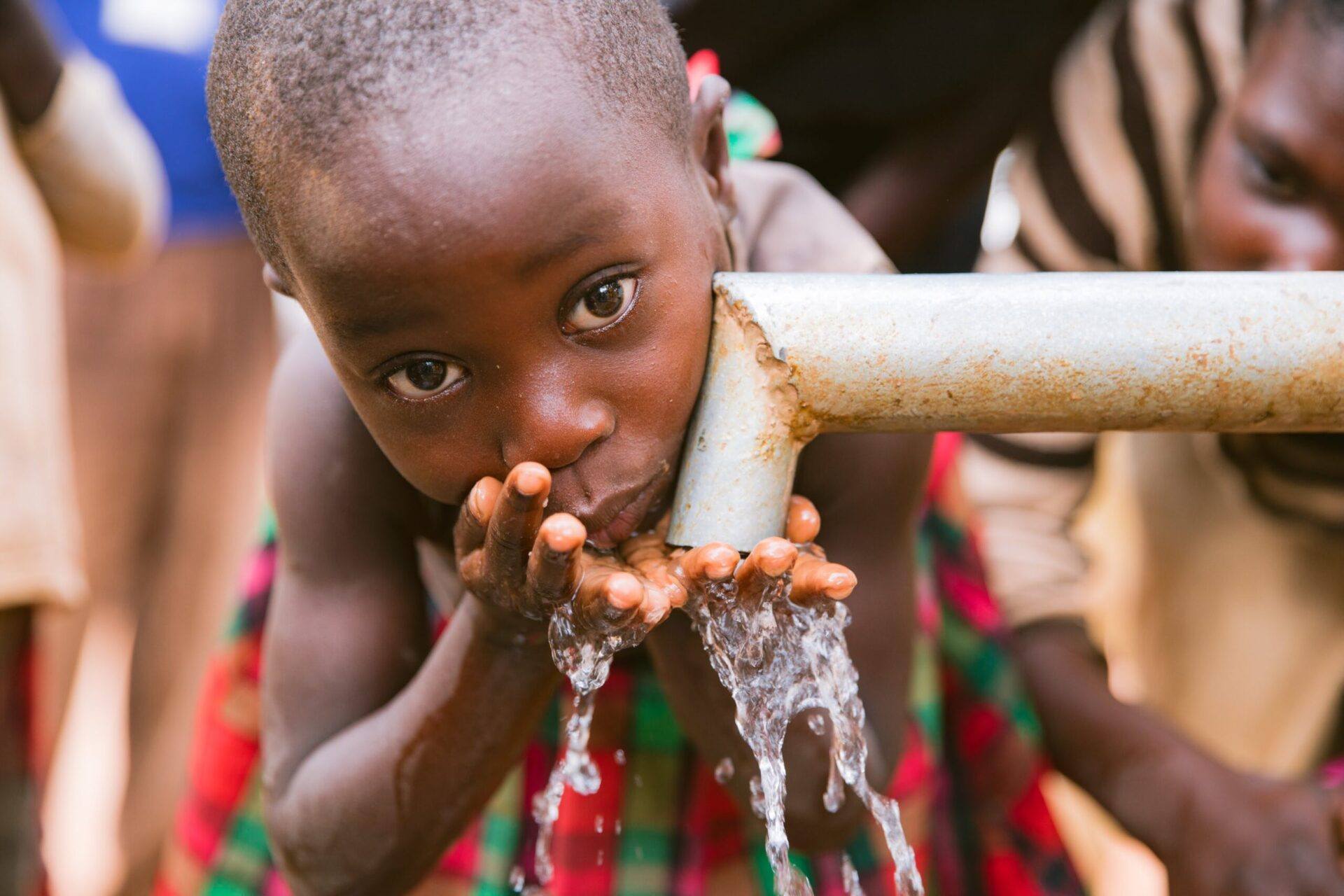 Sign up to get your FREE Spring Gardening Checklist printable! Please check your e-mail to confirm your subscription.

Please check your e-mail to receive your gift!

Organize your outdoor tasks and check them off one at a time.