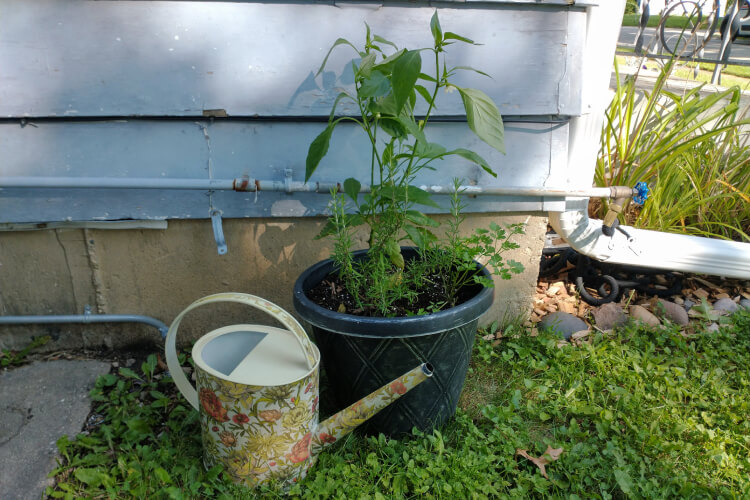 I don’t have as much area for an in-ground garden as I’d like, but I’ve had such marvelous results from growing bell peppers in pots that it almost doesn’t matter! Regardless of how little outdoor space you have to spare, trust me- this is one crop you can find room for.

To grow bell peppers in a container, choose a pot, bucket or grow bag that’s at least 10 inches in diameter and 12 inches tall. Plant a healthy bell pepper seedling in well-draining potting soil and place the container in an area that gets at least 6 hours of sunlight daily. Provide a bell pepper plant with 1 inch of water weekly and fertilize throughout the flowering and fruiting stages.

In this article, I’ll walk you through the details of choosing the right container/location for your bell peppers, how to plant them correctly and care tips for the best crop. Finally, you’ll learn how to harvest your fresh, delicious peppers correctly and the answers to a few common questions.

How to Plant Bell Peppers in a Pot

To get the best bell pepper harvest, you’ve got to start off right. Here’s what you need:

Each step is important, so let’s walk through them in more detail:

Bell pepper plants stay fairly small, usually maxing out at 3 feet tall and 1.5 feet wide. In my experience, container-grown peppers usually don’t get that large. But you still want to ensure plenty of space for healthy root development.

Use a container that’s at least 10 inches in diameter and 12 inches deep to accommodate growing roots. A large pot also gives your plant a stable base that resists tipping over from heavy fruits or high winds.

I’ve got a 12-inch pot for my bell pepper plant and it’s worked great for me:

A common question people have is about growing bell peppers in grow bags. I’ve never personally tried grow bags (but they’re on my to-do list!), so I asked some other gardeners for their input.

Ryan Brown, co-founder of The Daily Dabble, says he believes grow bags are the ideal way to grow bell peppers. “I just grew my second season of bell peppers in fabric pots, 30 total and only lost a few. I think they grow best in grow bags. Peppers don’t like to be overly moist and the extra evaporation and aeration from the bags really help them thrive.”

Sarah Beaumont of Indoor Home Garden adds, “If you have a particularly large plant (Google it beforehand to see what size it typically grows to), then it may need more support than a grow bag. However, if it is a small plant that would be comfortable in a 3-gallon container, then it would certainly do well in a grow bag.”

Planning How Many Bell Pepper Plants Per Pot

So how many bell pepper plants per pot can you fit? It depends on how big the variety you’re growing gets and the size of your container.

With non-compact varieties (including Antebellum, Blitz, Garfield, and Milena) and a 12-inch diameter pot, plant one bell pepper plant. I planted one Purple Belle plant (max height 18-24 inches) in my 12-inch pot along with a couple of herbs as companion plants.

In the past, I’ve planted two pepper plants in a 5-gallon bucket and six plants in my 24×12 inch grow box. Both did well.

With compact varieties and a 14-inch diameter pot, you could fit up to 3 bell pepper plants per pot.

One of the keys to successfully growing bell peppers in pots is to use the right soil. Do not use heavy soils like topsoil or garden soil; they are only for use in the actual ground, and they’ll just become a compacted, cement-like block in a container.

Instead, you need potting soil or potting mix. They are specifically formulated for use in containers, and they have a light, fluffy texture that lets water flow down easily and resists compacting:

I’ve made my own potting soil mix before out of coco coir, perlite and composted manure, and my peppers did great in that mix. I’ve also used Miracle Grow Nature’s Care organic potting mix with good results, and any outdoor potting soil should work fine.

You can either start your bell pepper plants from seed yourself or buy seedlings.

Buying established seedlings from a garden center or nursery is definitely easier and faster, but if you want to grow an unusual or heirloom bell pepper, you’ll likely need to start it from seed.

Start bell pepper seeds indoors at least 6 weeks before the last frost date in spring. Use the interactive map from US Climate Normals to estimate when that should be in your area.

We’ve covered the seed-starting process in more detail and with photos in our post on growing bell peppers from saved seeds, so if you want to learn, be sure to check it out. But here’s a quick overview:

If you prefer to buy established seedlings, you should have no trouble finding popular varieties in any garden center or nursery in the spring. Some online companies also offer a limited selection of live veggie plant starts at certain times of the year. If you’re interested in going that route, Azure Standard and Baker Creek Seeds are two resources I recommend.

Look for seedlings at least 6-8 weeks old and 6 inches tall. The seedling should have several branches and plenty of dark-green leaves. If the seedling looks spindly or has several blossoms, pass it over in favor of a short, stocky plant with just a few buds.

It’s time to transplant your bell pepper seedlings into their outdoor container home when these two criteria have been met:

The seedling is mature enough. If you’re growing your bell peppers from seed, they’re ready to be transplanted outside once they’re at least 6 inches tall and have 3-4 sets of true leaves.

At this point, seedlings that are acclimated to indoor conditions must be introduced to the outdoors slowly in short intervals. Place seedlings outside for a few hours daily, increasing the time over a couple of weeks to prevent shock.

If you bought bell pepper seedlings, they should be ready for planting right away as long as the weather/temperatures allow.

The planting process is simple. Make a hole in the soil large enough to fit your plant’s root ball. Place your bell pepper plant in the hole, then fill in the sides with soil and tamp it down gently:

TIP: Place an inch or two of mulch around bell peppers in containers to maintain moisture levels and prevent the soil from becoming too warm. Grass clippings, shredded leaves or compost all make a great choice.

How to Care for Bell Peppers in Pots

After planting comes routine care. Here’s what to do to keep your bell peppers happy and healthy:

Get Plenty of Sun

It takes a lot of energy for plants to produce their bulky, water-rich fruits. Your bell peppers need at least 6 hours of sun daily to photosynthesize enough sugars to sustain themselves and produce an abundant harvest.

This video by Luke at MIGardener does a great job of demonstrating what 1 inch of water in the garden actually looks like:

You’ll know it’s time to water again when you stick your finger into the soil and the top inch feels dry. Don’t allow the soil to dry out too much between waterings as this will lead to problems with calcium absorption, which may lead to blossom end rot.

Water only the soil at the base of the plant and avoid splashing the leaves with water to prevent sun scalding and disease.

Try to water in the mornings to prevent evaporation during the heat of the day and water logging at night. But we all know how life happens sometimes, so water whenever you can if you aren’t able to in the early morning hours.

When temperatures exceed 90 degrees F for several days in a row or the weather is dry, container-grown plants will dry out quickly. Check the soil daily, and you’ll probably find that you need to give water every time.

Fertilize at the Right Time

Bell peppers will thrive with an organic fruit and vegetable plant food once every 1 to 2 weeks while flowering and producing fruit. Dr. Earth Home Grown is my favorite fertilizer for bell peppers, and it doesn’t require any dilution or mixing.

Another option is to use a potting soil that feeds throughout the growing season. I once tried an organic potting mix from Burpee which worked great for me. It doesn’t need any additional fertilizing in most cases.

Each bell pepper plant can produce up to a dozen bell peppers over the growing season, and all the fruits start out green. When left on the plant to ripen, the color will change to orange, yellow, red and even purple, depending on the variety.

Once the bell peppers have reached the desired color and feel crisp and firm, give them a very gentle tug from the bottom of the pepper to see if they snap off easily at the stem. If it doesn’t snap under light pressure, don’t pull harder- that can break the stem, damaging the plant and reducing your pepper production. Instead, use garden shears or a sharp knife to cut the pepper free.

But it can take a surprisingly long time for a bell pepper to turn any shade other than green- even up to a few weeks. One way to get a bigger overall harvest from your plants is to pick the peppers while they’re green. Peppers picked early will have less flavor but will produce more fruit.

Since they’re not technically ripe, the stem will likely not snap easily when you pick a green bell pepper, and you’ll need the garden shears/knife to cut through the tough stem.

Yes, bell peppers can grow in a 5-gallon bucket as long as there is proper drainage, good quality well-draining soil and plenty of sunlight.

Most bell peppers will mature in about 60 to 90 days, as long as the conditions from soil nutrients to sunlight are right.

I just love fresh bell peppers. They’ve been such an excellent container crop for me, allowing my family to have nutrient-rich, delicious food on-hand even without room for a full-size garden. As long as you use a large enough pot and have good soil, it doesn’t take much to have healthy, fresh peppers in abundance!

I’d love to hear from you! Do you have any other questions about growing bell peppers in pots? Have you grown them before and have any tips to share? We learn best as a gardening community, so please let us know about your thoughts and experiences in the comments! 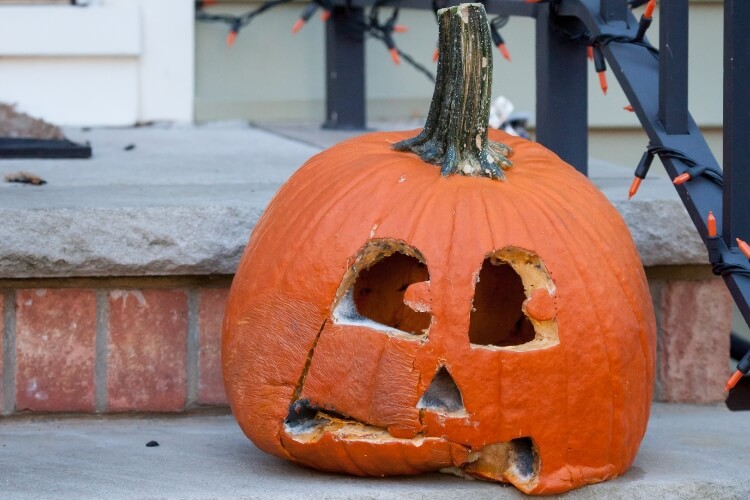 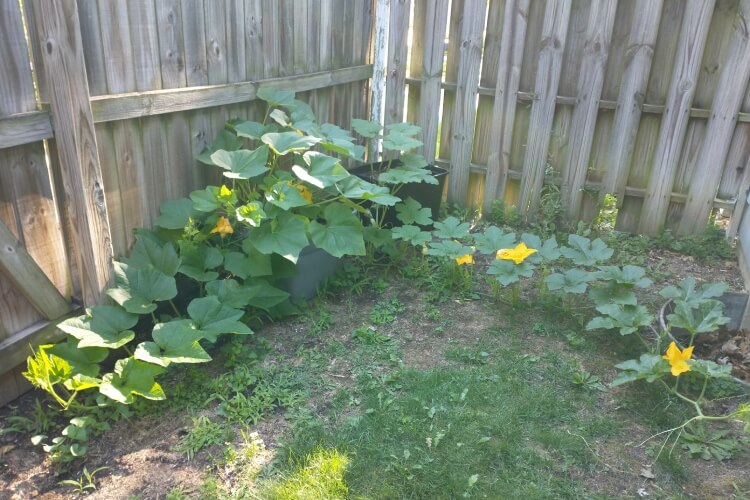 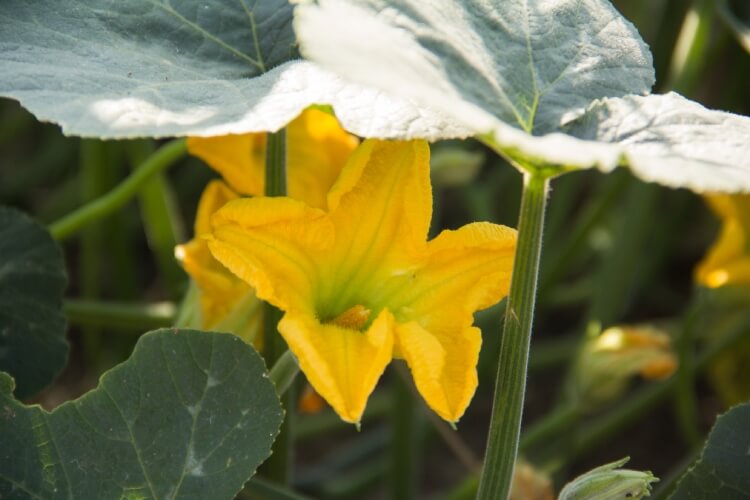 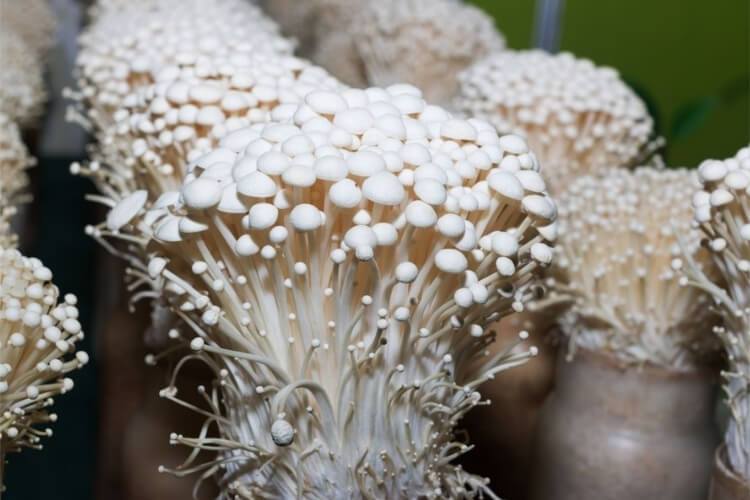 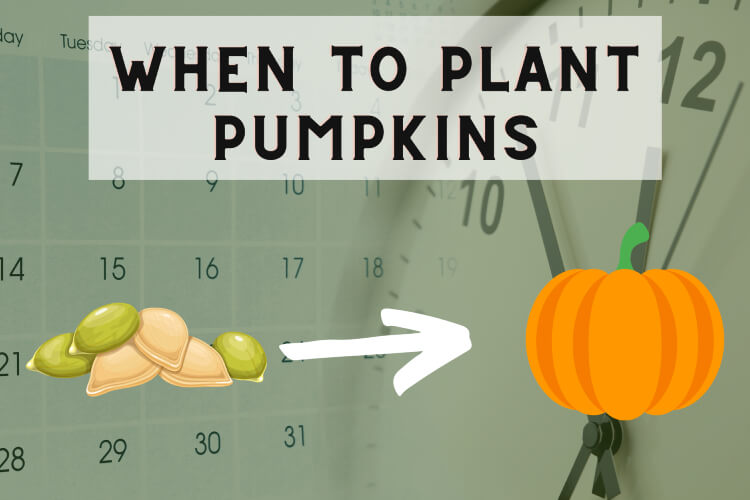 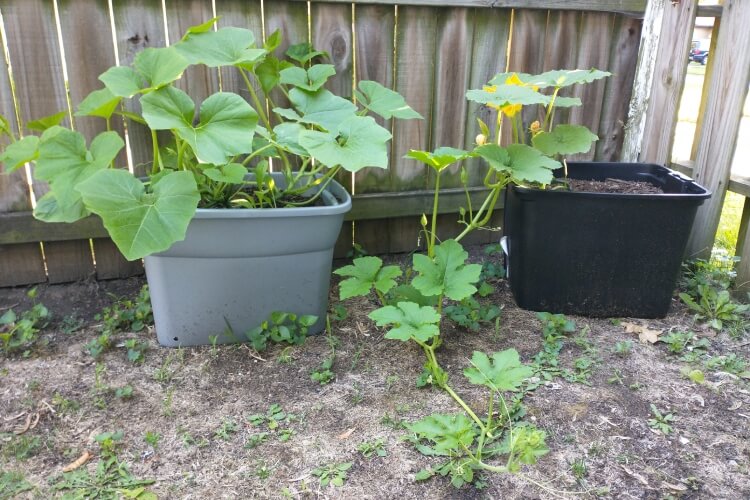 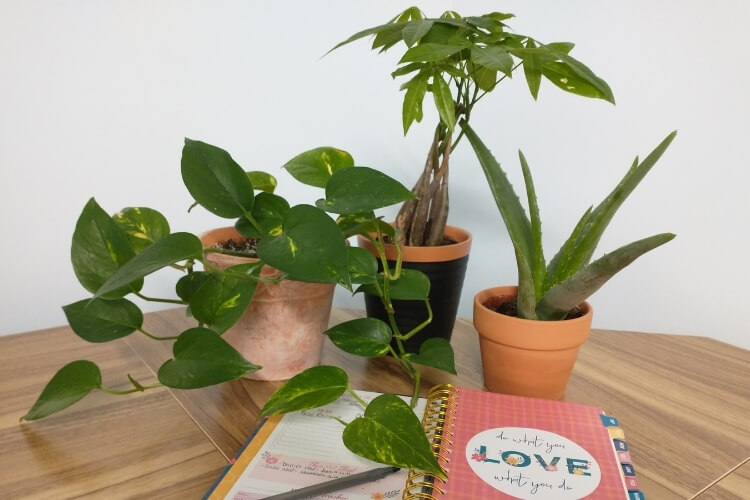 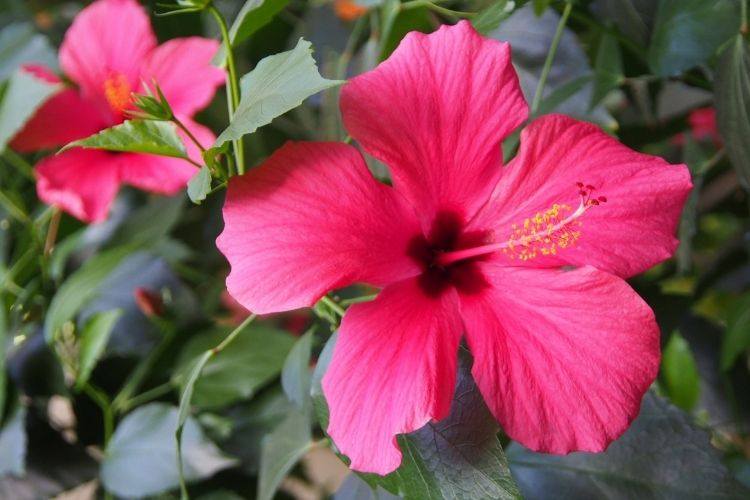 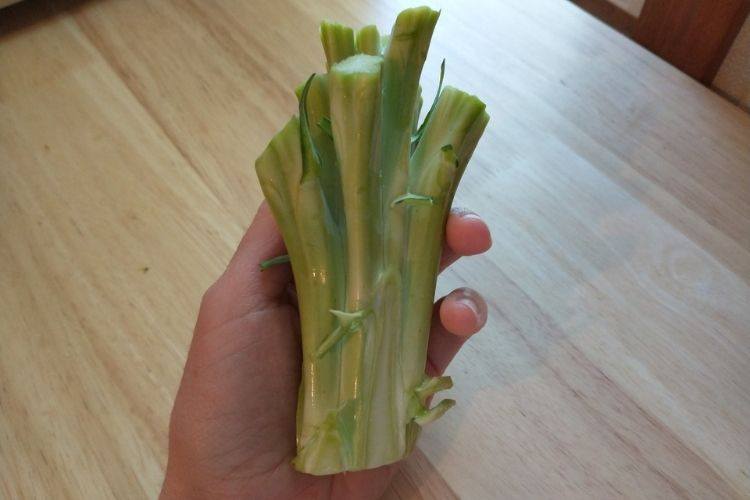